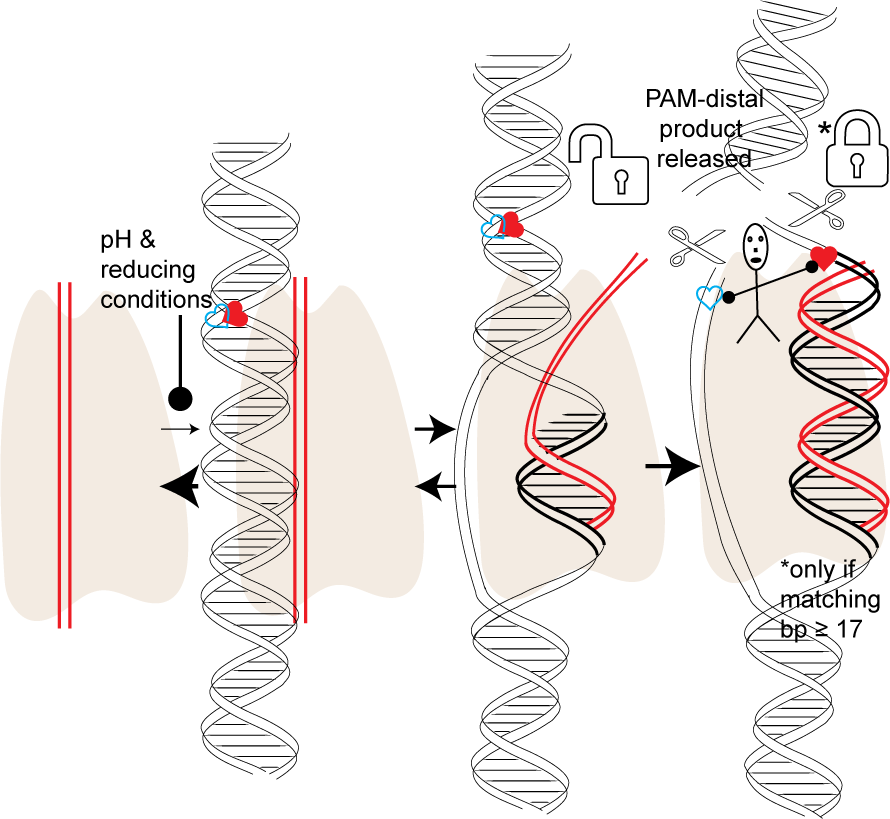 CRISPR-Cas9, which imparts adaptive immunity against foreign genomic invaders in certain prokaryotes, has been repurposed for genome-engineering applications. More recently, another RNA-guided CRISPR endonuclease called Cpf1 (also known as Cas12a) was identified and is also being repurposed. Little is known about the kinetics and mechanism of Cpf1 DNA interaction and how sequence mismatches between the DNA target and guide-RNA influence this interaction. We used single-molecule fluorescence analysis and biochemical assays to characterize DNA interrogation, cleavage, and product release by three Cpf1 orthologs. Our Cpf1 data are consistent with the DNA interrogation mechanism proposed for Cas9. They both bind any DNA in search of protospacer-adjacent motif (PAM) sequences, verify the target sequence directionally from the PAM-proximal end, and rapidly reject any targets that lack a PAM or that are poorly matched with the guide-RNA. Unlike Cas9, which requires 9 bp for stable binding and ∼16 bp for cleavage, Cpf1 requires an ∼17-bp sequence match for both stable binding and cleavage. Unlike Cas9, which does not release the DNA cleavage products, Cpf1 rapidly releases the PAM-distal cleavage product, but not the PAM-proximal product. Solution pH, reducing conditions, and 5’ guanine in guide-RNA differentially affected different Cpf1 orthologs. Our findings have important implications on Cpf1-based genome engineering and manipulation applications.