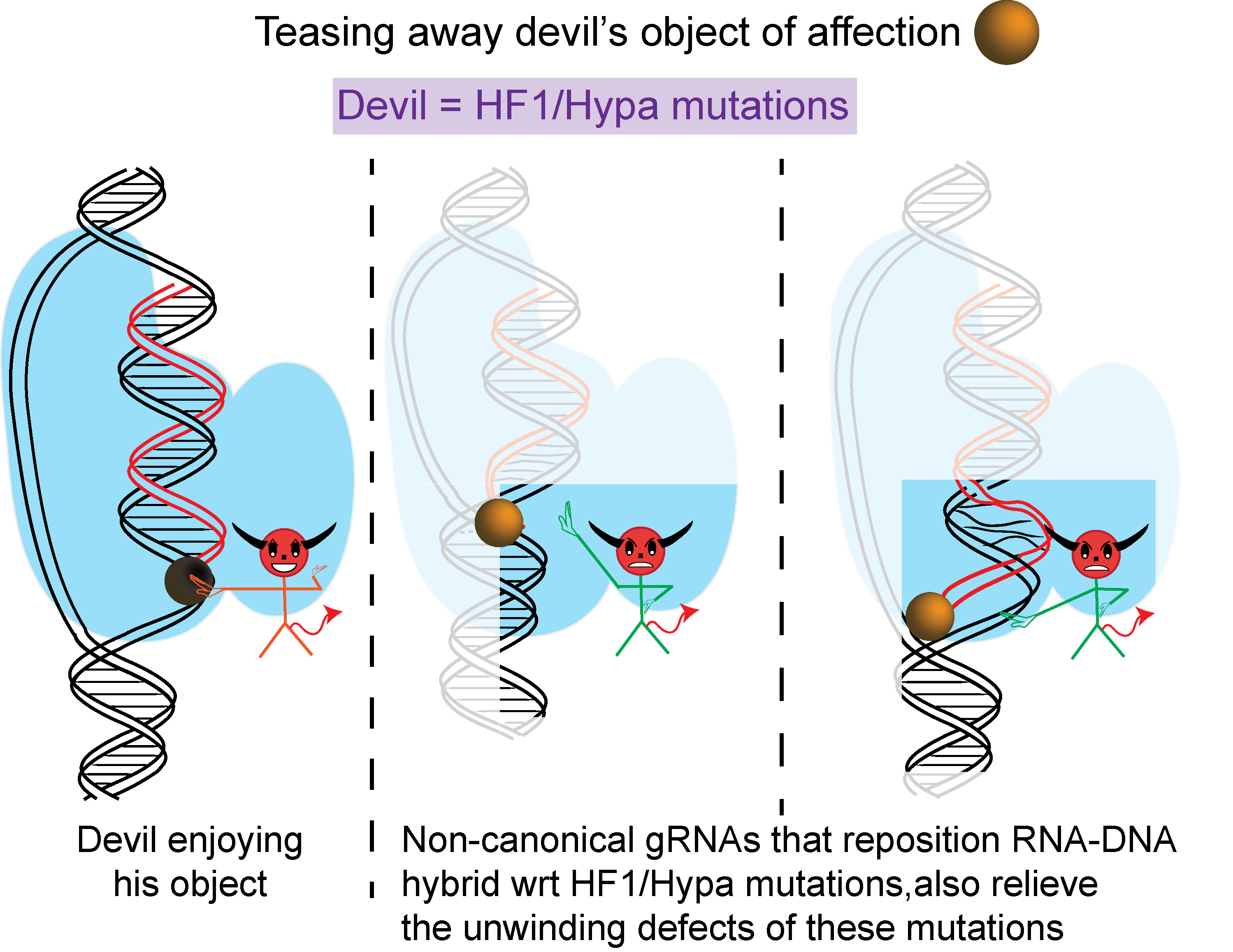 Cas9 has made a wide range of genomic manipulation possible. However, its specificity continues to be a challenge. Non-canonical gRNAs and new engineered variants of Cas9 have been developed to improve specificity, but at the cost of the on-target activity. DNA unwinding is a checkpoint before cleavage by Cas9, and was shown to be made more sensitive to sequence mismatches by specificity-enhancing mutations in engineered Cas9s. Here we performed single-molecule FRET-based DNA unwinding experiments using various combinations of non-canonical gRNAs and different Cas9s. All engineered Cas9s were less promiscuous than wild type when canonical gRNA was used, but HypaCas9 had much-reduced on-target unwinding. Cas9-HF1 and eCas9 showed the best balance between low promiscuity and high on-target activity with canonical gRNA. When extended gRNAs with one or two non-matching guanines added to the 5’ end were used, Sniper1-Cas9 showed the lowest promiscuity while maintaining high on-target activity. Truncated gRNA generally reduced unwinding and adding a non-matching guanine to the 5’ end of gRNA influenced unwinding in a sequence-context dependent manner. Our results are consistent with cell-based cleavage data and provide a mechanistic understanding of how various Cas9/gRNA combinations perform in genome engineering.